What are eSports? Also called e-sports, electronic sports, or egames, is a type of organized competitive video gaming. It's teams of gamers playing against one another in popular video games like Fortnite, Call of Duty, Counter Strike, Overwatch, and League of Legends, regularly winning large sums of cash prizes.

Millions of fans worldwide follow and watch these gamers, either by tuning in online or on TV, or attending live events. Streaming services such as Twitch allow fans to watch their favorite gamers live in action and this is typically where popular video gamers create their own fandoms.

Egames tournaments started in the 1970s, with the world's best gamers taking on each other in traditional arcade games such as Donkey Kong and Pac-Man. Things developed further in the 1990s thanks to the emergence of the internet and many advanced games being created, leading to the formation of tournaments in games such as Counter-Strike, Warcraft, and Quake. 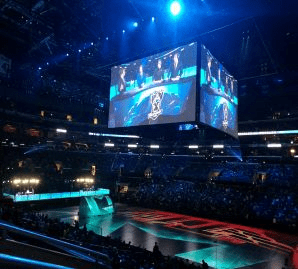 Esports began to become more popular worldwide at the turn of this millennium with Warcraft III and StarCraft tournaments being streamed on the internet in some places in the world and shown on TV in others. In the U.S., eSports was shown in the mainstream media from 2005 to 2008 when ESPN hosted a Madden NFL tournament known as Madden Nation.

Online streaming services such as YouTube and Twitch have helped electronic sports blow up into the spectacle it is at present, making competitive video gaming very accessible to plenty of viewers worldwide.

Why is Electronic Sports Very Popular?

Gamers are competitive by nature. They aspire to greatness. The first egames tournament was held in 1972 and the winner received a 12-month Rolling Stone magazine subscription. Today's prizes run into millions of dollars, which means that winning is all that matters when playing video games.

Egames is accessible, too. To play a regular sport, you might need to organize participants in a physical address, while with video gaming you can take on people from all over the world in real-time over the internet from your home.

At its highest tiers, egames works the same way as traditional sports leagues such as the NBA or NFL. In fact, the NBA launched its own eSports league in 2018, choosing 102 professional gamers with all of the fanfare associated with professional basketball players.

Colleges have also jumped on the bandwagon. Over 50 colleges offer varsity eSports courses, recognized by the National Association of Collegiate eSports. Moreover, NACE championships give out thousands of bucks in prize money, which helps provide scholarships for winners. 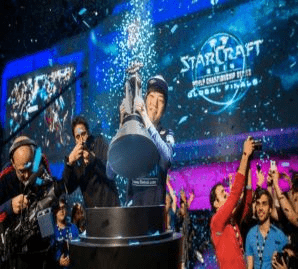 Professional eSports players can make serious cash. Like other competitive sports, professional video gaming teams usually get sponsorships from top brands, and gamers taking part in higher-level tournaments can win cash prizes worth millions of dollars, typically split between the gamers on winning teams. This means that the world's best gamers can easily take home seven figures per year. Tournament organizers and teams also benefit from the sale of tickets to these competitions.

In addition, eSports events benefit from broadcast and advertising deals with organizations like CW, TBS, and ESPN. USA Today reports that by 2021, eSports is projected to bring in revenue of $2 billion.