It's no surprise that top eSports earnings can reach millions of dollars per year. This industry has achieved rapid growth over the past couple of years due to the increase in awareness - more and more folks are getting to know about it thus more participation.

As a result, various brands have seen the potential this industry has and are investing, directly and indirectly, which has greatly contributed to its revenue growth. Besides that, eSports has experienced growth in various other areas, most of which are interrelated in one way or another.

The Increase in Esports Viewership

Recent studies show that there has been a noteworthy rise in eSports viewership - from both fanatics and occasional viewers. Between the years 2016 and 2017 a 19.3% increase was recorded - there were 192 million casual viewers and 143 million enthusiasts; an audience of 335 million in total.

In 2018, the total audience size increased to 380 million - the number of occasional viewers stood at 215 million and enthusiasts at 165 million. By 2021, its growth is predicted to rise by about 14%, which translates to a total audience of 557 million.

As it is, there has been steady growth in viewership and it's expected to continue in the future. Moreover, platforms such as YouTube and Twitch experience an upsurge in their users. That is definitely another factor that has contributed to eSports audience growth.

How do Brands Contribute to Esports Revenue Growth? 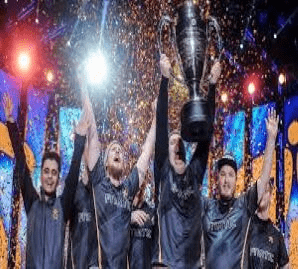 What does an increase in awareness mean for brands? Mostly, it means that they have a new niche to target in their marketing blend. Esports marketing undoubtedly plays a big role in helping them reach a wider audience via various channels.

Going by the previous study by Newzoo, this particular industry achieves a revenue increase of over 30% annually, of which a hefty portion comes from sponsorship. In 2016, the total revenue was $493 million - $350 of that resulted from brand funds.

Every year, the figures go up steadily, which is a clear indication that eSports earnings are set to rise too. It's predicted that by 2021, the industry will generate a total income of more than $1.6 billion, with $1.3 billion coming from sponsorships.

Until a few years ago, this industry did not receive much attention. Due to its lucrative nature and growth potential, everybody now wants to jump onto the bandwagon for obvious reasons. Top players' eSports earnings could run into millions per year not to mention the tournaments that come with incredible top prizes.

Note that the above statistics show the money players get from tournaments as prizes. Teams, on the other hand, make money in several ways. 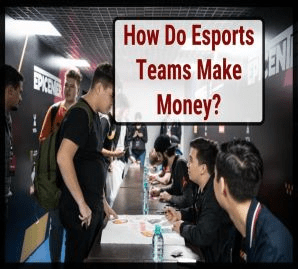